Concept of surgery for ovarian cancer

Ovarian cancers are diagnosed based on imaging (ultrasound, CT or MRI scans) findings as complex ovarian cysts. Histological proof is not seeked for as needle biopsy (FNAC) can rupture the cyst & spread the disease. Ovarian cancers may arise from the surface epithelium (more common) or from the deeper substance (germ cell tumors or sex cord-stromal cell origin).

Standard treatment of suspected epithelial ovarian and fallopian tube cancers includes a comprehensive surgical staging. This procedure includes a total abdominal hysterectomy, bilateral salpingo-oophorectomy, peritoneal cytologic washings, biopsies of adhesions and peritoneal surfaces, omentectomy, and retroperitoneal lymph node sampling from the pelvic and para-aortic regions through a generous vertical midline laparotomy incision. As there is no preoperative histological proof, a frozen section or imprint cytology is performed on the oophorectomy or on-table biopsy specimen.

Non-epithelial tumors are also treated similarly. However, usually these are detected earlier than epithelial cancers due to pain & they occur at younger age when fertility preservation is important. In most of the cases fertility preserving surgery is possible. 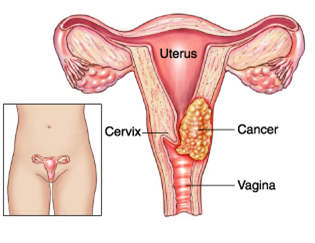 Role of laparoscopy in ovarian cancer

Laparoscopy has been described as a method for surgical reassessment in patients with ovarian cancer since the early 1970s; however, these early reports were received with limited acceptance of laparoscopy as a replacement for laparotomy. The initial limitations of laparoscopic practice as described included inadequate visualization in up to 12% of patients, a high false-negative rate and a high complication rate, mainly bowel injury. In addition, there were limitations in performing extensive laparoscopic sampling of areas of tumor persistence including retroperitoneal lymph nodes. However, with time several authors have pointed out advantages to the laparoscopic approach including a reduction in the need for laparotomy in upto 50% of cases, a reduction in operating time, blood loss, hospital stay, and total hospital charges.

The safety of the laparoscopic approach has also been documented with minimal intraoperative and postoperative complications in more recent reports. With advanced laparoscopic techniques, adhesions can usually be released to improve visualization of peritoneal surfaces, allowing suspicious lesions to be biopsied and areas of tumor persistence, including the pelvic and periaortic lymph nodes, to be sampled. Peritoneal washings can be obtained and intraperitoneal catheters can be inserted under direct visualization. There are, however, potential limitations to laparoscopy; mainly, the inability to palpate unvisualized areas and possible limited exposure to the posterior diaphragm mainly behind the liver, where disease may be missed.

The GOG study to determine the feasibility of laparoscopic completion staging in patients with incompletely staged gynecologic cancers concluded that interval laparoscopic staging of gynecologic malignancies can be successfully undertaken in selected patients, but laparotomy for adhesions or metastatic disease and risk of visceral injury should be anticipated. 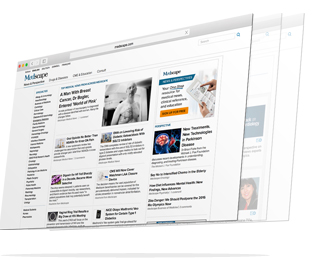