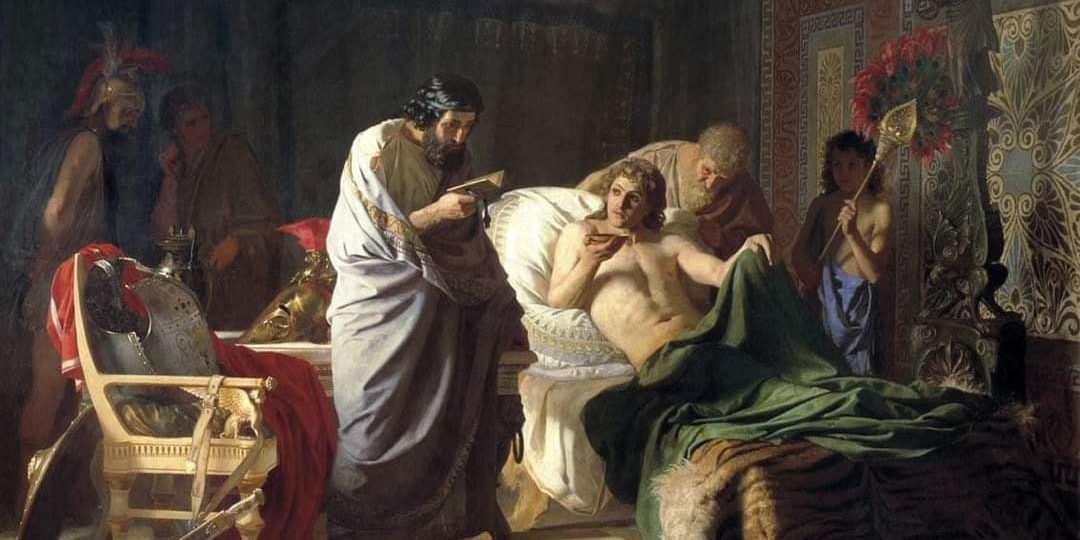 Have you ever sat in an aircraft and thought about the ability of the pilots to fly the aircraft? If yes, did you have a choice? There are many situations where we do not have a choice. Being very sick is one of them. A very sick patient is admitted to an ICU and a team of doctors who are qualified in intensive care take care of the patient. It is never a single persons job as the work is intense. In fact single person would not be able to deliver quality at all.

In 333 BC Alexander’s army was passing through Cicilia (Modern day Turkey). Alexander the Great decided to take a bath in the icy water of the river Cidnus (Now called ‘Berdan’). The following day he developed fever, and gradually it led to febrile convulsions. The royal physicians accompanying the king were very scared and reluctant to treat him as they knew the consequence of any glitch in the treatment could cost their life. A physician named Philip from Acarnania was bold enough and came forward to treat Alexander. He prepared a medicinal draught for the seriously ill king. When Alexander was about to drink this potion, a letter arrived from Parmenio, one of his military generals. The letter accused that Persian king Darius III bribed Philip to poison Alexander. Alexander read the letter, and with the paper still in his hand, swallowed the cup of medicine. After finishing the medicine, he passed the letter to Philip. Alexander the great recovered within a short time and conquered the world. Many years later, in 1870, the Polish painter Henryk Siemiradzki described this incident in his painting. This story is so relevant for the present time. The story tells us about the importance of mutual trust between a doctor and a patient despite the harsh environment. If the trust is lost, no doctor will take the risk to treat a rare disease (how severe it is). And without the faith on his physician, no patient will progress towards recovery. Healing begins when both patients and physicians develop this trust.

What if Alexander had died?

A few days back one of my colleagues at Fortis Hospital was assaulted by a patient’s caregiver when the patient died due to prolonged illness. Verbal and physical abuses were hurled. Though this lead to the arrest of the entire family, it was a big trauma to all of us. We did a silent march to our police station and handed over a memorandum.

Practice of medicine comes with limitations. How much ever we try, doctors cannot make people immortal. Not even themselves. Doctors work under a lot of limitations. Doctors prevent death when it is preventable. Healthcare workers go out of the way to save lives. Healthcare works do feel the pain when we loose a patient. Healthcare works are also emotionally attached to the patients. If they are your relatives, they are patients to us. Their wellbeing is in our best interest as well. For this reason most of the doctors practice ethically. I believe it is the same with every professional.

It is said that more than 50% of doctors face violence some time in their career. In India it is published that 87% of violence against health workers is verbal and 8.4% are physical. Of this about 0.5% lead to serious injury. The doctors working in ICU are the most prone as they have to deliver the bad news very often. Seeing this many governments including Indian have made stringent laws. However, in India we don’t see the law being implemented. If we look at the data from the legal system, there are very few cases where the culprits have been appropriately punished. Every one these things needs to change.

Healthcare delivery needs a protected and safe environment to deliver the best care possible. Without this the quality of care fails. Every healthcare facility will start practicing defensive medicine. In the end patient is the looser. It is the duty of the government to provide a safe environment for this to happen. This can happen mainly through education and deterrence.