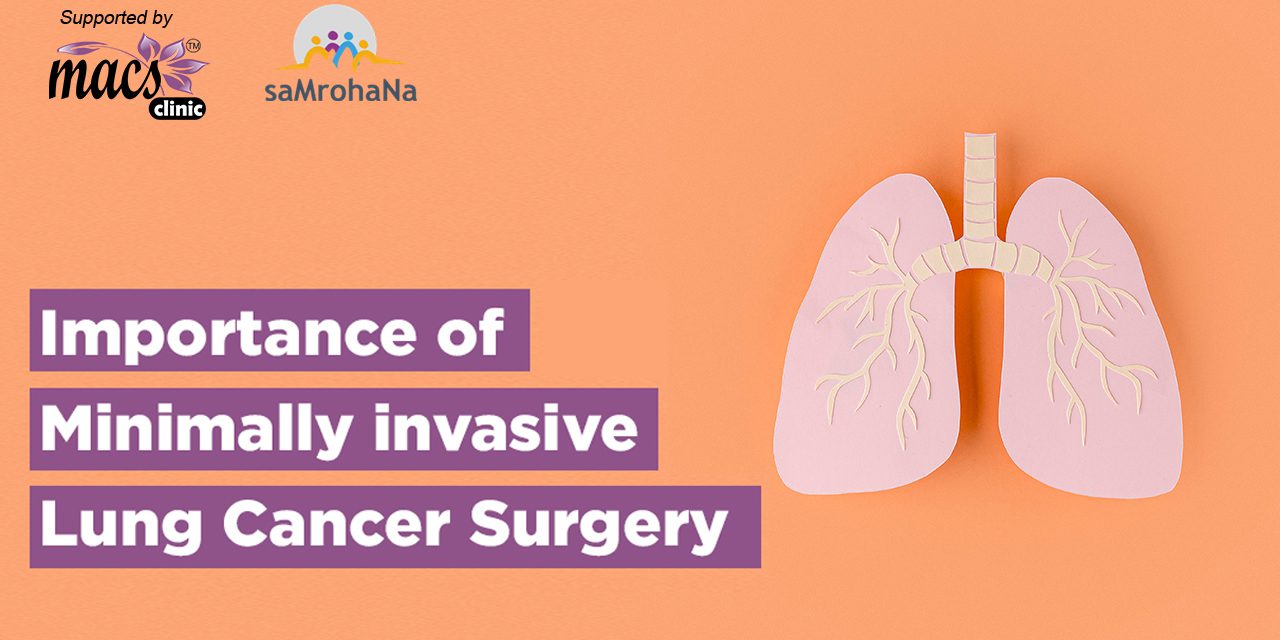 Minimally invasive surgery refers to any surgical procedure that is performed through tiny incisions instead of a large opening.

In traditional surgical procedures, also called open surgery, one large is cut is made to the body. But, in minimally invasive surgery, the surgeon uses smaller tools, cameras, and lights to perform the surgery through a series of tiny cuts.

Video-assisted thoracoscopic surgery (VATS) and robotic surgery some of the minimally invasive surgery techniques used today. These procedures are considered to be safer than open surgery due to the limited size of the incisions made.

What are the major risks associated with open surgery?

How is VATS different from robotic surgery?

While both VATS and robotic surgery using tiny incisions, promise a shorter recovery time as compared to traditional procedures, and reduce the risk of infection and blood loss, there are some key differences in the way these procedures are performed.

Instruments used:both procedures use a camera and small, specialised instruments. Additionally, robotic surgery requires a surgeon’s console and endowrist instruments, which are instruments modelled after a human hand, to provide the surgeon with the required dexterity.

The surgeon: During a VATS procedure, the surgeon is physically present next to the patient, manually operating the instruments, but in robotic surgery, the surgeon operates from a console.

The procedure:In VATS, the surgeon operates using the instruments previously inserted via the incisions.

In robotic surgery, robotic instruments in the body respond real-time to the directions provided by the surgeon.

Dexterity: The surgeon’s range of motion is restricted in VATS, as compared to robotic surgery.

Is robotics better than VATS?

VAT surgery teams have been around for longer and hence have more experience. However, there are some advantages of robotic surgery over VATS that cannot be overlooked.

Diagnosis Of Lung Cancer And The Best Way To Treat It
May 20, 2021
Search
Recent Posts
Categories
Go to Top