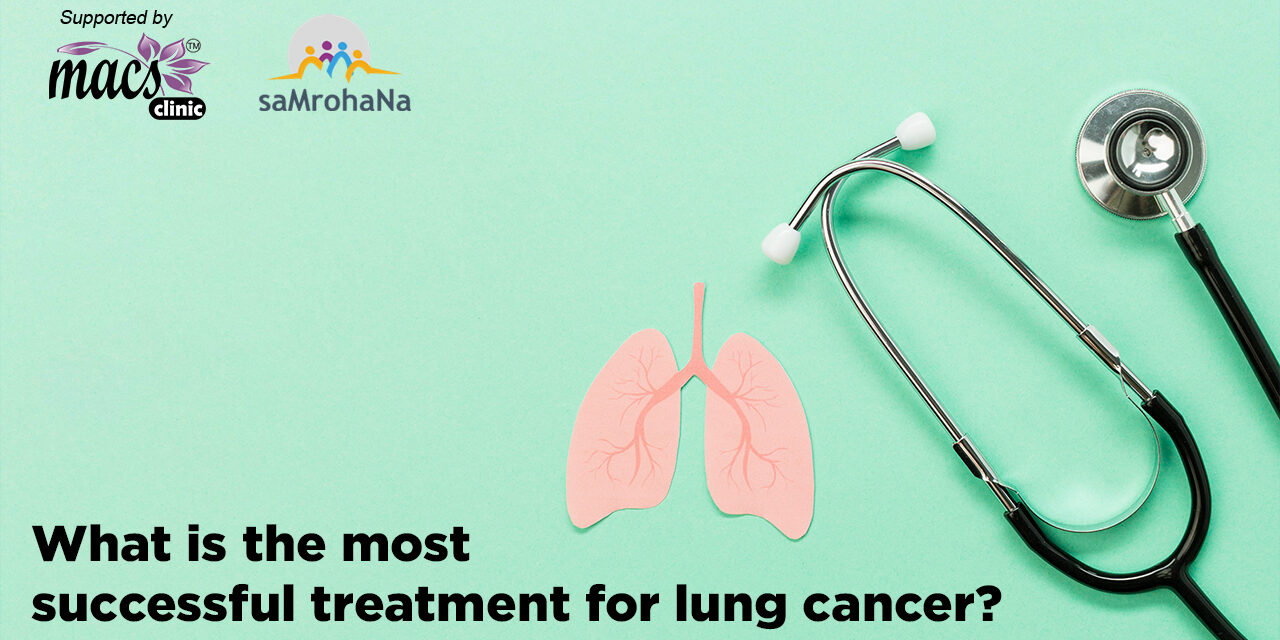 Lung cancer is a matter of growing concern in today’s world. When a person is affected with this disease, cells in the lung divide uncontrollably and reduce their ability to breathe.If left untreated, the cancer could also spread to other parts of the body. Hence, early detection and treatment is crucial.

After diagnosis, doctors usually assign patients one of three possible courses of treatment – the first, used for locally contained cancers (30% of cases), is surgery; the second, used for  locally and/or regionally advanced tumors (20% of cases), is a combination of chemotherapy and radiotherapy; and the third, used for patients with distant metastasis (50% of cases), is more aggressive therapy.

Stages of cancer and their treatment

The type of treatment used primarily depends on the stage of cancer,with Stage I being the earliest stage and Stage IV being the most advanced. Other factorsthat determine the type of treatment include age, co-morbid conditions such diabetes and blood pressure, general health and fitness of the patient, operability of the tumor and lung condition. The focus of the treatment also varies based on the stage of cancer. For example, in stage IVthe main priority is to control the disease, prevent further spreading, and to give the patient more comfort.

One of the most common form of treatment is the removal of the tumor by surgery. This can be done in a number of ways; but, these days, minimally invasive techniques such as video-assisted thoracoscopic surgery (VATS) are prefferd for diagnosis and treatment. During a VATS procedure, a tiny camera, called a thoracoscope, and surgical instruments are inserted into the chest through one or more small incisions. Images captured by the thoracoscope are transmitted onto a video monitor which is viewed by the surgeon in performing the procedure.

Some of the latest and more advanced methods of disease control include targeted therapy, which has been found to produce good and lasting outcomes in patients. Doctors also use somatic genetic testing, done by international and national laboratories, to treat patients in a more precise manner.

To summarize, lung cancer can be treated in a number of ways, depending on the type of lung cancer, the stage at which it is detected, and the patient’s medical conditions. Modern advanced forms of treatment include minimally invasive surgical procedures as well as targeted therapy. These may be used alone or in combination with more traditional procedures like chemotherapy and radiation therapy.