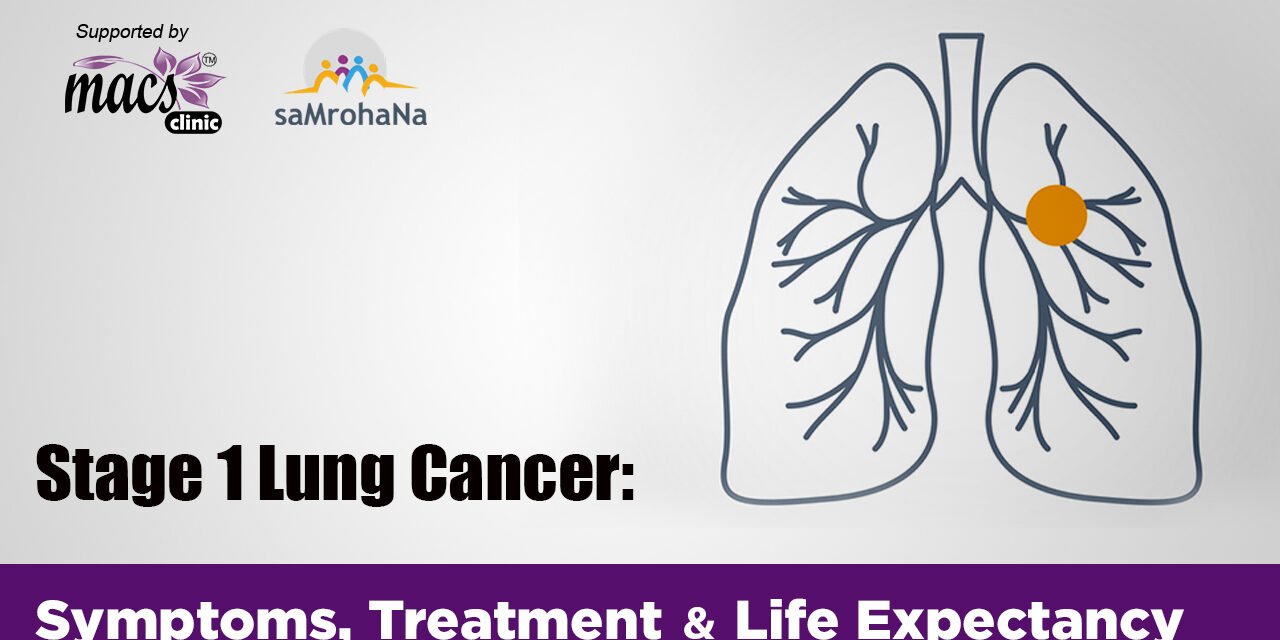 “Stage 1” is used to describe the early stage of lung cancer, where the tumor is confined to the lung, is less than 3cms in size, does not involve any adjacent structures such asthe diaphragm, pericardium, or chest wall,and has not spread to the lymph nodes or other parts of the page. In this stage, patients tend to respond well to treatment, and doctors are often able to find a cure.

However, most lung cancer patients do not approach doctors at this stage because the disease either remains asymptomatic or it presents minor symptoms based on the location of the tumor. For example, if the tumorislocated close to the trachea, it can cause irritation which may result in a cold, blood in sputum, chest pain and difficulty in breathing.

Lung cancer is usually diagnosed on the basis of chest X-rays, which are used to spot small lesions, or screening CT scans. Usually, if lung cancer is detected while it is still in stage 1, the diagnosis is accidental as there are hardly any symptoms. But, screening can help in the detection of the disease before major symptoms are exhibited. It can help catch the cancer in its early stage, because of which efficient treatment can begin sooner.

The main course of treatment adopted for stage 1 lung cancer is surgery i.e. lobectomy. The human lungs have five lobes, three on the right, and twoon the left; lobectomy refers to the removal of the lobe involved in the tumor, along with the lymph nodes. Once surgery is performed, chemotherapy and targeted therapy may be recommended by doctors, if required.

Challenges in the treatment of lung cancer: