Ultraprocessed Food Can Kill You! 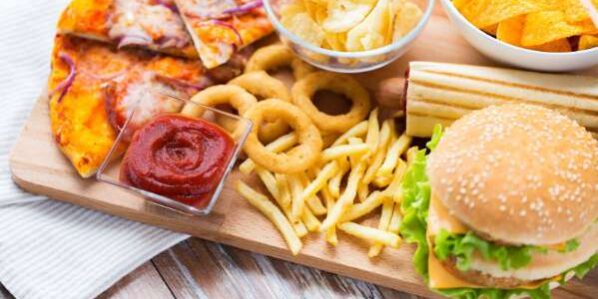 They are tasty, but, they can kill in the long run!

We have always been considering food to be cause of many illnesses that we get. The proof is emerging over the years. People who consume higher levels of ultraprocessed foods may be at increased risk for death, according a recently published study. This is the first study to have shown this strong a link with death though we know that these food items cause diseases. This prospective study of a large group of French population suggest for the first time, to our knowledge, that an increased proportion of ultraprocessed foods in the diet is associated with a higher risk of overall mortality.

What is Ultraprocessed Food?

Ultraprocessed foods include mass-produced, ready-to-eat foods such as packaged snacks, sugary drinks, breads, candies, ready-made meals, and processed meats. Such foods usually contain “empty calories” and have a high caloric content with little nutritional value. They are low in fiber and high in carbohydrates, saturated fats, and salt. Usually, they contain food additives and contaminants that may be harmful to health, including some that may be carcinogenic, according to the authors.

People often select ultraprocessed foods because of their affordability, ease of preparation, and resistance to spoilage. Such foods are also highly marketed and are often prominently displayed in supermarkets.

More About The Study….

These foods items though convenient to buy may come at a cost. Accumulated evidence has linked ultraprocessed foods to increased risk for chronic diseases, including dyslipidemia, obesity, hypertension, and cancer. Whether this leads to an increased risk for death has never been investigated before.

The researchers conducted an observational prospective cohort study. They analyzed diet of 44,551 adults aged 45 years and older who were participants in the French NutriNet-Santé Study which is an ongoing, nationwide, Web-based nutritional study that was launched in May 2009.  The researchers collected information on food intake using a series of three Web-based 24-hour dietary recall questionnaires, which were completed every 6 months. Questionnaires asked about foods they consumed at breakfast, lunch, and dinner, as well as snacks. The study went on for 7-years and 602 of the participants diet  in this period which is 1.4% of the study group. They noticed that for every 10% increase in the proportion of ultraprocessed foods in the diet, the risk for death due to any cause increased by 14%.

There could be many other reasons for the increased deaths. The additives, as well as the high salt, high sugar, and low fiber content of ultraprocessed foods, could contribute to increased risk for chronic diseases.

Ultraprocessed foods consumption has largely increased during the past several decades and may drive a growing burden of noncommunicable disease like cancer, heart disease and diabetis related deaths.