Conventional open surgery for uterine tumors involves a large incision (wound) to do this surgery. Laparoscopic Radical Hysterectomy is performed via small wounds which are tolerated much well by the patients. Laparoscopic or Laproscopic cancer surgery has several advantages over conventional open surgery with same cure rate. Only surgery is curative in most of the cancers. Additional therapies (chemotherapy & radiotherapy) are mostly supportive. But, many patients and their relatives try to avoid surgery for the fear of the immense trauma for their loved ones, resulting in patient getting wrong or less effective treatment. With laparoscopy the trauma is much less and makes the treatment more acceptable. The Team MACS precisely addresses all these issues and works relentlessly for a better life. 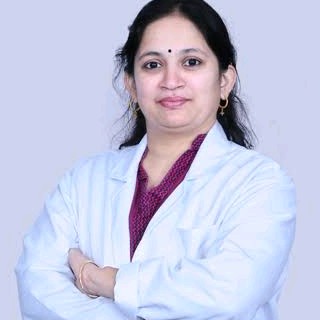 The advantages of robotic & laparoscopic cancer surgery include

WHAT IS CANCER OF UTERUS ?

The uterus or womb is muscular organ located in the lower part of women’s abdomen (tummy). Uterus has three parts; roof (fundus), body and lower part (cervix). Inner lining of uterus is called endometrium and this is surrounded by muscle layers.

Fibroids are the most common tumors of uterus. These are non-cancerous tumors arising from muscle layer and need surgery only is there are symptoms. The cancer of muscles of body of womb (sarcomas) can produce the above symptoms. Added to this the uterus usually grows large and produces pain in the lower part of belly. This can also lead to constipation.

Ultrasound and other scans can give an idea about the origin of the disease and can guide in performing biopsy when needed.

Most of the cancers of uterus can be staged accurately after surgical removal of tumor, though CT or MRI or PET scan can give a fair idea about the stage. The most commonly followed staging system for these tumors is proposed by FIGO (International Federation of Gynecology and Obstetrics).

Stage I endometrial cancer is contained within the womb or uterus. Stage II cancer is when it has involved the cervix of the uterus. In stage III cancer has spread to the tubes or ovary or to the tissue besides uterus (parametrium) or to the lymph nodes, but has not spread to distant organs.

Only treatment that can cure endometrial cancer is surgery. Total hysterectomy with lymph node dissection [removes the uterus along with the tubes and ovary, along with removal of pelvic (and some para-aortic) lymph nodes.] In high grade cases omentum (large apron-like fold of visceral peritoneum that hangs down from the stomach) is also removed to give better cure. Conventional open surgery involves a large incision (wound) to do this surgery. Laparoscopic Radical Hysterectomy is performed via small wounds which are tolerated much well by the patients. Sarcomas of uterus are also treated the same way. Further treatment like chemotherapy or radiotherapy is planned based on the results of microscopic examination of the tissues removed.

Stage IV endometrial cancer has spread to urinary bladder in front or rectum (back passage) behind or has spread to far away organs like live or lung. Treatment is mainly chemotherapy or radiotherapy. These cases cannot be cured. Surgery is reserved for those cases where the bleeding is life threatening.

Cancer that comes back after treatment is called recurrent cancer. The treatment depends on where the disease has recurred and what was done for the original cancer.