Is Lung Cancer Genetic In Nature? 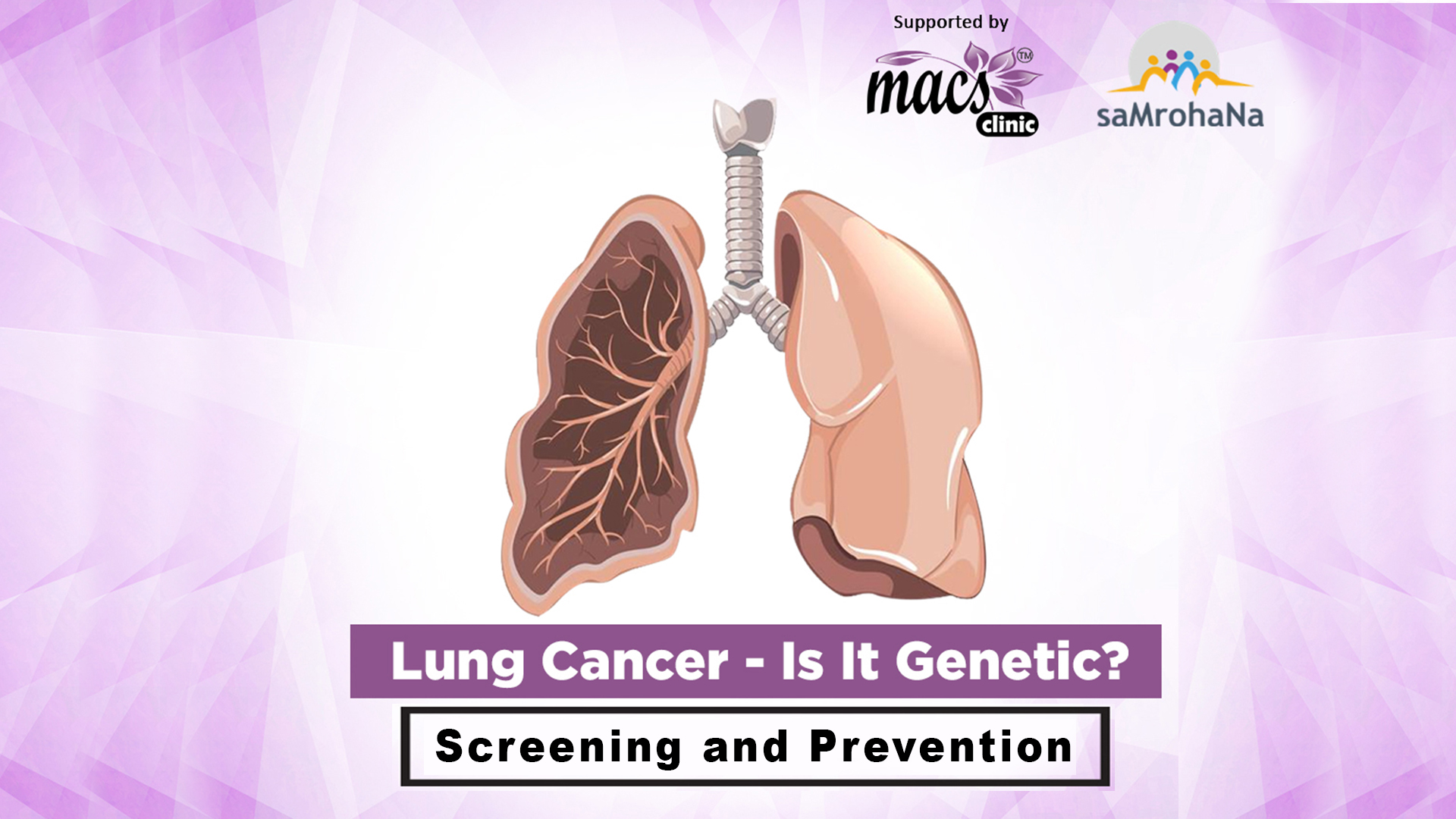 There are a lot of questions that arise in our minds when we hear or talk about cancer. It is a scary topic for us to digest. Cancer is a term applied to a group of diseases that are characterized byuncontrollable cell division, with cells that can spread to different parts of the body. Among the different types of cancers, lung cancer is said to have the highest incidence and mortality rate.

Is this because Lung cancer is genetic? Does it run within families? How do we prevent it?

Lung cancer is not hereditary; but, there are families within which lung cancer is found to be more common than it is in others. This may be because of the family members’ lifestyle and habits, such as smoking, environmental factors based on their place of residence, or other causes. The most common cause of lung cancer is tobacco smoking, but other factors play a role significant role as well.

When discussing lung cancer and whether it has a hereditary component, it is important to talk about genes and how they carry information. A gene is the fundamental physical and functional unit of biological inheritance. Genes are made up of DNA. Lung cancer itself is not hereditary, but, it is caused by gene damage, or damage to a person’s DNA. This damage is usually caused by smoking.

Does this mean a genetic test is required for lung cancer?

Generally, a genetic test is preferred only when a defective or cancer-causing gene runs in a family. In the case of lung cancer, no specific gene causes lung cancer. Therefore, genetic testing may not be vital, but, it is a contributing factor that can be investigated.

There may be multiple people diagnosed with cancer within a single cluster or a family. Some of these people may have a similar type of cancer, whereas others may have different types of cancer. In such cases, it is important perform a genetic test called Germline Mutation Test.

The preferred sample for such a test is usually an oral swab, or a blood sample. DNA is extracted from the sample for further analysis. Clinicians usually look for DNA damage or to identify a gene that could cause any type of cancer.

However, genetic mutations are not the only contributing factor for lung cancer. The only way to prevent the disease is to avoid smoking as it has been identified as the cause of nearly 70% of lung cancer cases. When smokers stop smoking, the risk of lung is significantly reduced.

Stages Of Lung Cancer – Survival Rate And Prognosis
May 21, 2021
Go to Top